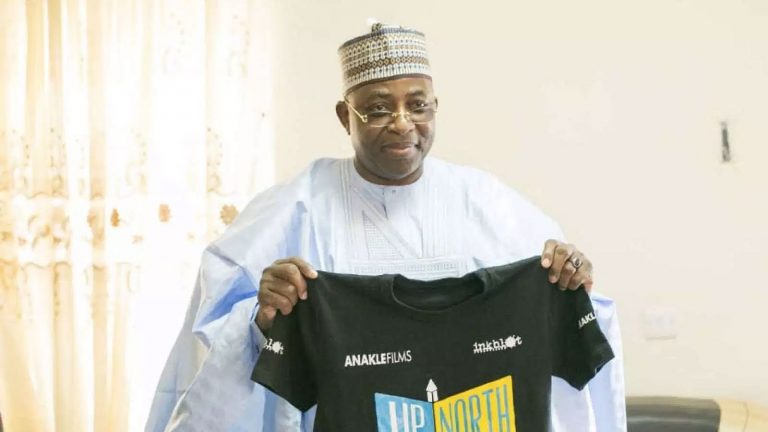 Bauchi state governor, Barrister Mohammed Abubakar, alongside the Emirs of Ningi and Misau were among the dignitaries who graced the premiere of ‘Up North’, a movie produced by Anakle Films and Inkblot Productions.

The movie, which was screened to an array of northern royalties, celebrities, media personalities, and other dignitaries on Thursday in Lagos, showcases the rich Northern Nigeria culture and amplifies the tourism potentials of the region.

With the plot set in Bauchi, the movie sees an overbearing billionaire father (Kanayo O. Kanayo) get fed up with his rebellious son, Bassey (Banky W), and sends him off to NYSC in the northern Nigeria city.

The movie follows Bassey’s journey to self-discovery as he navigates between life, love, friendship, and purpose in this thrilling drama.

The film also focuses on girl-child education and girl empowerment within the local northern community where the protagonist begins a new life.

Shot in Lagos and Bauchi states in 2018, the movie boasts of cameo appearances from Bauchi state governor, Barrister Mohammed Abubakar, and both Emirs of Ningi and Misau.