Inkblot Productions ‘ Who’s The Boss set to drop this February 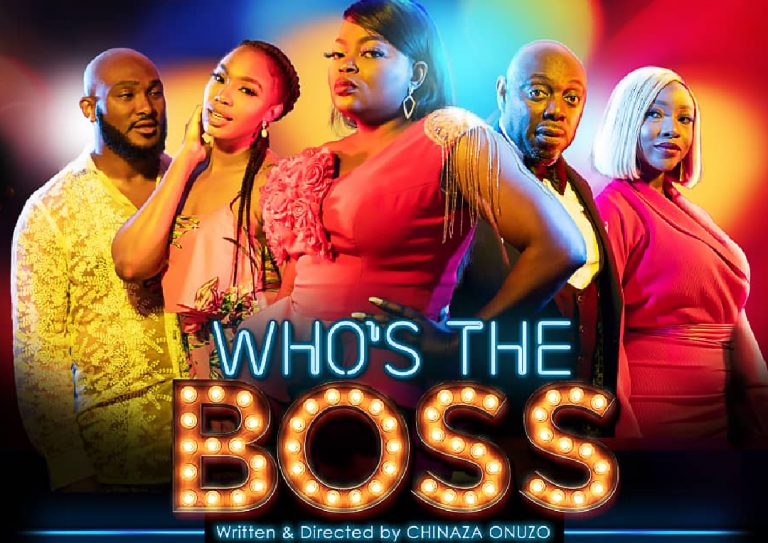 Leading Nollywood Production Company, Inkblot Productions are gearing up for the release of their 12th film Who’s The Boss in cinemas nationwide from February 28, 2020

Who’s The Boss follows the life of Liah (Sharon Ooja) who in order to survive her workplace is forced to invent a boss, Lekan (Blossom Chukwujekwu) in order to keep her side hustle a secret from her overbearing boss, Hauwa (Funke Akindele-Bello). Things take an unexpected turn as she manages the situation created

Inkblot Productions has worked with the finest actors in the film industry on their past projects and Who’s The Boss which is in association with Accelerate is no different with top  actors such as Funke Akindele-Bello, Segun Arinze, Blossom Chukwujekwu, Sharon Ooja Ini Dima-Okojie, Beverly Osu, Tayo Faniran & Bolly Lomo sharing the spotlight.

The much anticipated movie of 2020 is the product of director, Chinaza Onuzo, who recently took to his Instagram to say “Over the last couple of years I’ve been more focused on writing and post production whilst Zulu runs production and so I missed out a lot on the key part of production. But with this film I was in the director’s chair and I got to be there every day and I got to experience the amazing people who work so hard to bring the magic to life”

Also behind the production and having written blockbuster hits such as The Wedding Party 2, New Money, The Set Up, He concluded by stating “Anyway I can’t wait for all of you to watch this Labour of love when it comes out February 28th. As our people say: Anticipate.”