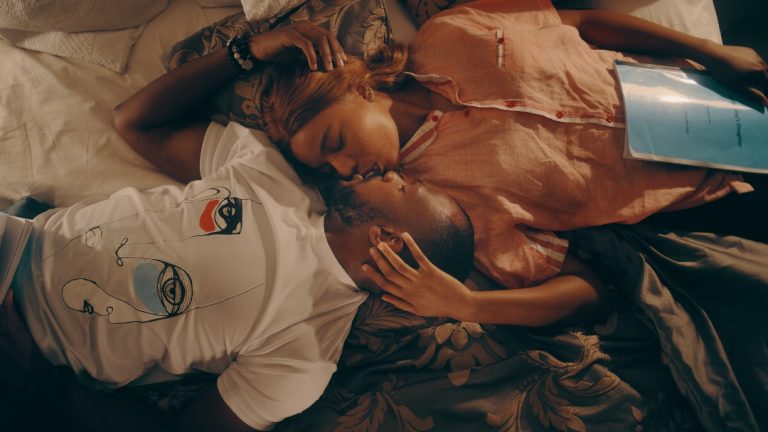 Superstar is a romantic drama about the rise to stardom of an up-and-coming actress Queen, as she navigates life and love in 21st century Nollywood. She must find the balance between artistry and stardom, whilst surviving the demons of her past.

Superstar is directed by one of Nigeria’s fast-rising and most recognizable directors, Akhigbe Ilozobhie popularly known as Akay Mason, who also shared writing duties with Uyoyou Adia and Inkblot co-founder Chinaza Onuzo. “Making this movie has been a dream come true, a chance to tell a story that has been dear to my heart for so long. I really can’t wait for the audience to see this movie as it promises to be a cinematic experience like no other.” said the director of award-winning film, Elevator Baby.

Known for its dynamic storytelling and not shying away from burning issues and themes, Inkblot Productions which turns 10 years old this December seems to be going all out for this one with a stellar cast and crew.

Zulumoke Oyibo Inkblot co-founder had this to say about the film “We first employed Akay as a Production Assistant in 2015, and we are so proud to see his growth and how he continues to break new ground in his writing and directing career. Superstar is a testament to his vision and talent. The audience is in for an exciting ride this December.”

Superstar marks Inkblot’s ninth collaboration with FilmOne Entertainment, the leading theatrical distribution company in Nigeria and West Africa. Together, their collaborations have generated over one billion naira in the box office at the Nigerian cinema and delighted Nollywood lovers the world over.  Managing Director of FilmOne Entertainment, Moses Babtope was full of praise for the Inkblot partnership.

“Our collaborations with Inkblot Productions are known to have produced exceptional content for the big screen, and with Superstar, our ninth project, it looks like the writers, cast, and crew have put their hearts and souls into an amazing story.” he enthused.

Superstar, which also features popular names like Daniel Etim Effiong, Deyemi Okanlawon, Teniola Aladese, and Lord Frank, was produced by Chinaza Onuzo and Zulumoke Oyibo and is set for a nationwide cinema release in December. Follow @inkblotpresents on Instagram for updates and enquiries, and use #SuperstarMovie to join the conversation.