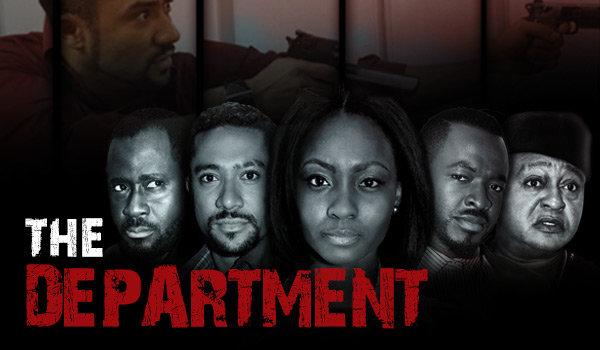 The Department, a must watch romantic/crime based movie from the stables of Ink blot productions in association with Closer Pictures has been slated for theatrical release on 30th January 2015. Think Corporate Espionage and think “The Department”, which is a break away from the usual norm of story-telling.

A secret organization tagged ‘The Department’ run by young professionals, blackmails Top Executives into selling their companies to the ‘man’ behind the Department. Two lovers, Tolu and Nnamdi, opt out of The Department and get married. They’ve broken the rule, one which the department has refused to ignore. The pressure, intrigues, blackmail from the group, soon tests their love for each other.

The Department was written by Chinaza Onuzo, directed by the legendary Remi Vaughan- Richards, and produced by Chinaza Onuzo and Uduak Oguamanam. This highly pulsating movie is theatrically distributed by FilmOne, the distributor of the 2014 blockbuster movies; Half Of A Yellow Sun, October 1 and When Love Happens.