Watch the Rollicking First Trailer for Nigerian Gangster-Thriller, ‘Out of Luck’ 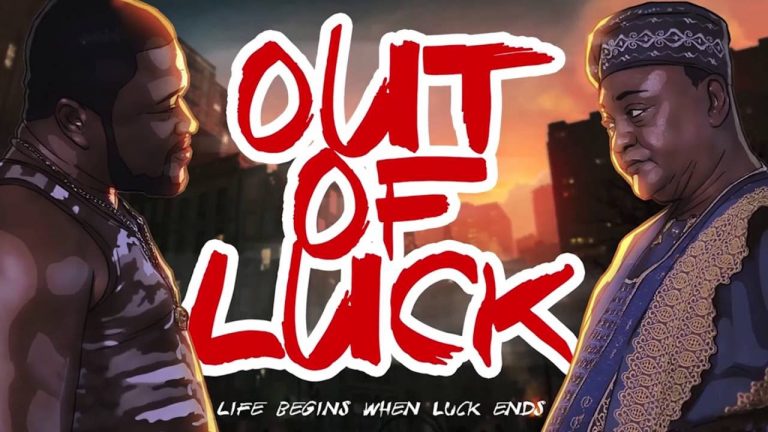 On the heels of their successful collaboration on the hit movie “The Department,” Inkblot Productions and Film One distribution have announced the upcoming release of their new feature film titled “Out of Luck,” a gangster-thriller that follows the adventures of a young lottery operator (played by Tope Tedela) whose life is turned upside down when a local gangster (Femi Branch) insists that he pay out on a lottery he did not win. His attempts to pay the gangster take him on a thrill ride from the slums of Lagos Island to the mansions of Ikoyi, and back again.

“Every day, all over Nigeria, millions gather to play the lottery, hoping for a better life,” says Director Niyi Akinmolayan (“Falling,” “Make a Move”). “We wanted to make a film that explored the attraction of the lottery but also had a strong story at heart.”
“Out of Luck will deliver all the excitement and adventure that audiences have come to expect from Inkblot and Film One” says Producer Chinaza Onuzo. “We can guarantee that, come December 4th, 2015, audiences across Nigeria will not be disappointed.”

The script was penned by Chinaza Onuzo (“The Department”), and the film was produced by Zulu Onuekwusi and Chinaza Onuzo (“The Department,” “Knock Knock”) and edited by the award winning Victoria Akujobi (“Reflections”). Film One, the distributor of “Half of a Yellow Sun,” “October 1” and “When Love Happens,” will release “Out of Luck” in cinemas across Nigeria, on December 4th, 2015. No word of an international premiere yet.